It had been two months since the start of COVID-19 pandemic shutdowns around mid-March 2020 in Illinois, my home state in the U.S. It was roughly the same period when Philippine national and local governments put into place community quarantines throughout the archipelago to quell the spread of SARS COVID-2. Earlier in the month, the fascist Duterte government and its supporting legislative body allowed for the popular media network ABS-CBN to shut down its operations, greatly reducing televisual programming available in the Philippines. The COVID-19 pandemic caused disruptions around the world and took the lives of millions of people, including a handful in my extended family and friends in the U.S. and in the Philippines. I was fortunate to have spent most of this time in Champaign, IL where testing resources were quickly developed to identify infection from this highly transmissible virus. Gay men on mobile digital media in Champaign were avoiding potential connections through platforms altogether, and so were many more around the world. The pandemic didn’t stop everyone from seeking intimate connections. I heard from many study participants in Manila about how they continued to receive messages from socio-sexual apps like Grindr and how some people shared practices of fulfilling intimate connections despite restrictions in mobility.

One of my coping mechanisms during this time was watching shows online. I was drawn to Pinoy BL, Philippines-based Boys Love series. These shows, inspired by 1970s Japanese homoerotic stories, focus on romantic relationships between young men.Gameboys, which debuted on YouTube mid-May 2020, is a story about two young men—Cairo, a live-stream gamer, and Gavreel, his fan—who found each other online during the Luzon region community quarantine in 2020. I particularly enjoy its multimodal storytelling that uses various social media and messaging platforms to portray the ups and downs of a  budding intimate relationship through screens, filters, and emojis. While the romance between the two lead characters develops through online communication, they must also deal with their respective families and friends as they too negotiate the impacts of the pandemic, as well as with lingering sentiments from lovers and admirers from their pasts. It presents a cultural representation of multimodal flirtation and romantic pursuit through the very  digital media platforms that became so essential in keeping intimate social connections during nationwide lockdowns. Plots develop through communication between the main characters while live-stream gaming, as well as through direct messages on social media, and interpretation of social media content. What I find most effective is the impactful representation of the pandemic through posts, images, and messages on characters’ online accounts and profiles. As they browse through their generic Facebook – called ScreenTime – or scroll through their posts on “Vidgrams,” COVID themes and messages are ever present. Messages about frontline workers, concern for coughs during video chats between characters, and reminders about social distancing are made  relevant to the development of the story. 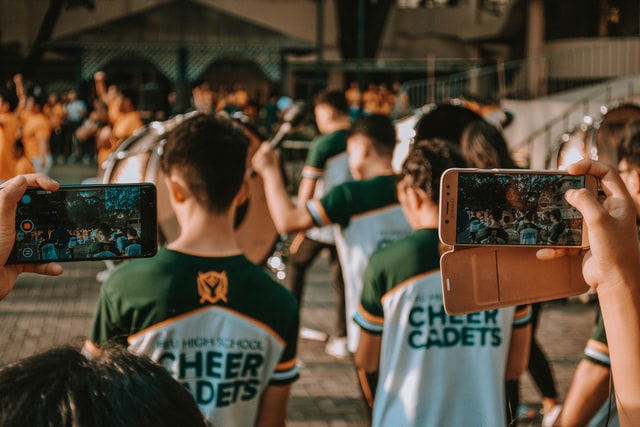 Gameboys demonstrates how state-sanctioned restrictions on physical mobility shape the development of intimacies among young middle and upper class Filipinos. It also showcases how online communication platforms play a pivotal role in human relationships. As executive producer Perci Intalan explained to media outlets, once the nation-wide quarantine stopped, all productions in the Intalan media company decided to “try telling a story in this current situation” (Smith 2020). Intalan adds, “The reason why kinikilig yung mga tao now is ramdam nila, e. Ramdam nila yung pagkakahiwalay nung dalawa. Ramdam mo yung isolation. Ramdam nila yung longing na magkita pero hindi pwede” [“The reason why people are so into this story is because they feel it. They deeply feel the separation of the two. You deeply feel the sense of isolation. They deeply feel the longing of wanting to see each other in person but being unable to do so.”] (Smith 2020). The online communication platforms and social media we use become powerful means of fostering intimacy when people are kept from connecting in person. With many Philippine citizens locked in their places of residence, this show allowed for a possibility of romantic and platonic connection.

At the same time, COVID-related pain and loss play an important role in advancing plot. We learn that the father of one of the central characters has been hospitalized after contracting COVID-19. For me, communications exchanged between Cairo and his father on a messaging platform and via email are some of the most emotional moments. While Cairo tends to express a mixture of regret and optimism, the replies he receives from his father are more practical, for example, asking Cairo to watch over his mom and brothers in the event he doesn’t come back home from the hospital. When Cairo learns of his father’s passing, the sheer emotion as he weeps and Gavreel tries to console him is an important reminder of the personal losses many around the world experienced. In the following episode, the tribute to his father posted by Cairo on his social media connects with the many personal yet public expressions of grief tied to lives lost during the pandemic.

As a fan, I became deeply invested in the storylines of this show. From a critical perspective, I  continue to promote its value as a production that effectively portrays the lives of young, upper-middle-class Filipinos in Manila. The characters’ experiences while seeking intimate connections faithfully reflect  obstacles and anxieties generated through failed government COVID policies. As television studies scholar Louie Jon A. Sanchez (2020) writes, “Gameboys redefines BL in the Philippine setting by presenting a complex coming out narrative in a moment of liminality, where all of human relations are framed [more contained actually] and flatted by screen communication and mediated technologies.” The show’s coming out narrative was another emotional moment for me, and for many other viewers. Cairo’s coming out conversation on video chat with his mother elicits a sympathetic response.   Philippine cultural conservatisms continue to foster anti-LGBTQ sentiment. From multiple faith-based beliefs to the habitus of society’s heteropatriarchy, coming out narratives among Filipinos that result in supportive responses from family and friends are not common, and this positive response shows how different things could be. For LGBTQ Filipinos, Gameboys provides hope and the possibility of living and loving ourselves and our lives.

Yet I must acknowledge that this fictional tale makes invisible the impacts of  the COVID-19 pandemic on less privileged  people than these characters. For instance, Gavreel lives alone in a beautifully decorated home with no job, and yet is able to send gifts and food to his romantic crush, Cairo. Gavreel’s life is far removed from that of the many Filipino citizens navigating similar COVID-19 restrictions with far more essential daily responsibilities.

His sexually-fluid, vivacious best friend Pearl, performed by Adrianna So, provides a convincing conyo vocal register that indexes her upper-class and educated background through an exaggerated mixed Tagalog-English vocabulary. The ways in which qualities of people and language become iconized is the focus of linguistic anthropologist Angela Reyes’ (2017) study of private schools in Manila. She highlights how qualities of speech are linked to qualities of personhood, creating bifurcated categories in which proper middle-class elites distinguish themselves from the excessive conyo elite. Pearl’s fair skin and pristine hair goes well with her work as a social media influencer whose father owns and manages a delivery service with a fleet of vehicles. Furthermore, the conyo registers and whiter skins of other supporting characters in the series further support a specific classed experience of the story. 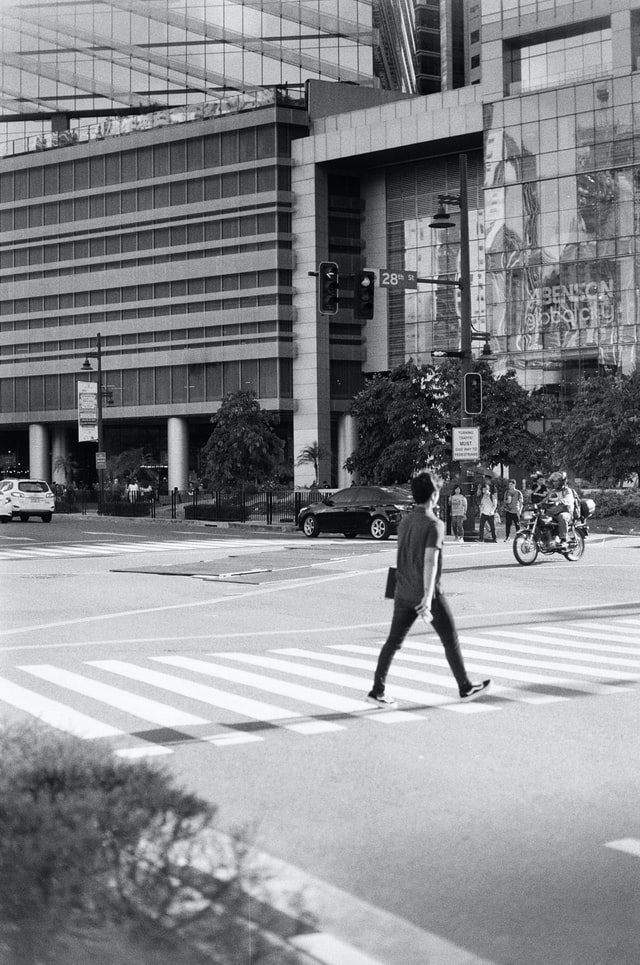 I take inspiration from Robert G. Diaz’s (2015) analysis on the limits of bakla and gay as quintessential markers of queer Filipino/a identity in contemporary queer mediascapes. Diaz’s essay “The Limits of Bakla and Gay” takes to task contemporary scholarship and representations in popular cultures that advance bakla and gay subjectivities as part of globalized queer discourses of progress and acceptance. Diaz claims that such articulations of bakla and gay Filipinos in media and in scholarship 1) enable problematic tropes for female and transgender sexualities, 2) limit understanding of complex class dynamics within queer Filipino groups, and 3) occlude multi-layered relationships between and among marginalized groups in the Philippines. Drawing from Gayatri Gopinath’s work, Diaz tracks impossible queer Filipino subjects, which include the disproportionate role of women in the relationships between gay men and the impossibility of lesbian, tomboy, and trans sexualities. Despite these limits, queer mediascapes are significant sites for promoting different forms of queer worlds. And as Diaz concludes, he suggests an investment “in a politics that attempts to think through, reflect upon, and challenge the [hierarchies] of visibility that structure not only what we study but how we study these globalized queer communities and discourses.” (743)

In Southeast Asia and particularly the Philippines, these media flows work in tandem with the internet where different cultural products are easily consumed and circulated not only in local contexts but also through a worldwide Boys Love (BL) fanbase. The web series format bypasses local media laws and different forms of censorship applied to broadcast productions, thus these BL queer representations are transmitted through multiple transnational mediums, not merely targeting Philippine diasporas but also media consumers worldwide. Finally, queer Filipinos are writing, directing, and producing these series and are actively paying attention to the online discourses from their global fanbases. These BL series, roughly 90 different productions from the Philippines, were not the first to depict same-sex love and desire among Filipino men. There have been decades of gay storylines in independent films. Such storylines featured in the 2013 GMA TV series My Husband’s Lover, and one of the first gay web series produced by Team Magazine in 2016, titled Hanging Out. Returning to Diaz’s points, much of the representation that does emerge is full of gendered stereotypes, portraying same-sex desire as deviancy, and a simplification of genders and sexualities present among the people of the Philippines.

Although the original Pinoy BL provides sites and spaces that validate gay Filipino cis-gender experiences, it still reinscribes idealized qualities of proper queer Philippine subjecthood informed through social hierarchies of race, class, gender, and sexuality. Metrics of gay Filipino desirability are mapped onto skin color and ethnicity, masculine and feminine binary gender expressions between same-sex couple characters, and representations of education and material access. Furthermore, many continue to script normative presentations of coupling. Despite the possibilities of increased queer world-making through the web, it is important to understand the fraught nature of such liberatory representations, particularly when these cultural products fail to create solidarities with other marginalized groups or to critique intersecting forms of oppression. The freedoms of the online medium would allow for a multiplicity of queer worlds outside of the stereotypical comedic and tragic roles in traditional Philippine media. What would queer Philippine mediascapes imagine with the inclusion of lesbian, tomboy, and trans sexualities? 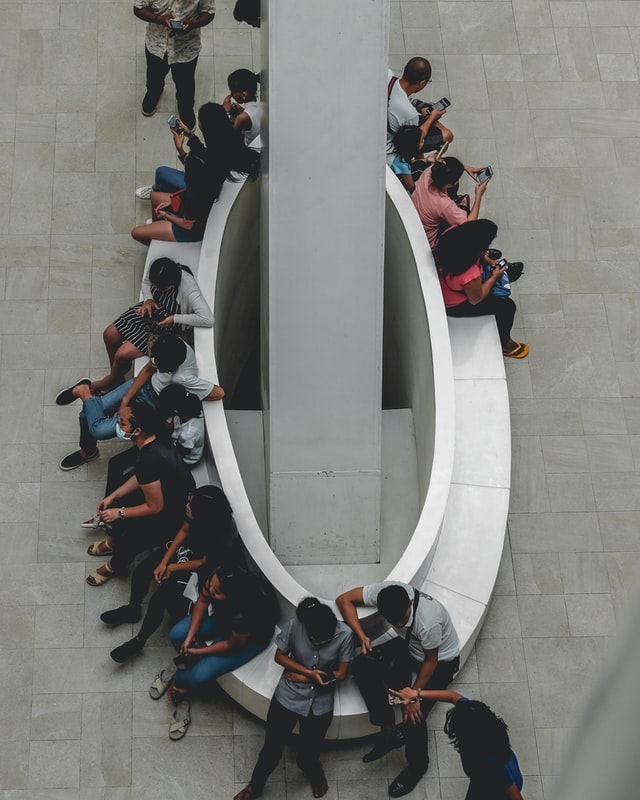 Despite my critiques of the genre, the BL productions are full of potential and possibility for capacious and open-ended portrayals of queerness among Filipino people. Supporting characters from the world of Gameboys are pushing ahead from conventional representations of feminine men, bisexuality, and polyamorous relationships. Here I point to the characters of Achilles, and three from its spinoff show Pearl Next Door: Fonzy, Gino, and Jill Cruz. Each of these characters pushes ever so slightly on the diversity and fluidity of gender expressions, sexual orientations, and types of relationships present in human relations around the world. Despite the limits of gay and bakla, Pinoy BL web series provide viewers with characters to feel with. In a particular time of frustration and fear, select Pinoy BL shows mirror quarantine life while opening minds and hearts to queer love.

Note: Translations were done by the author.