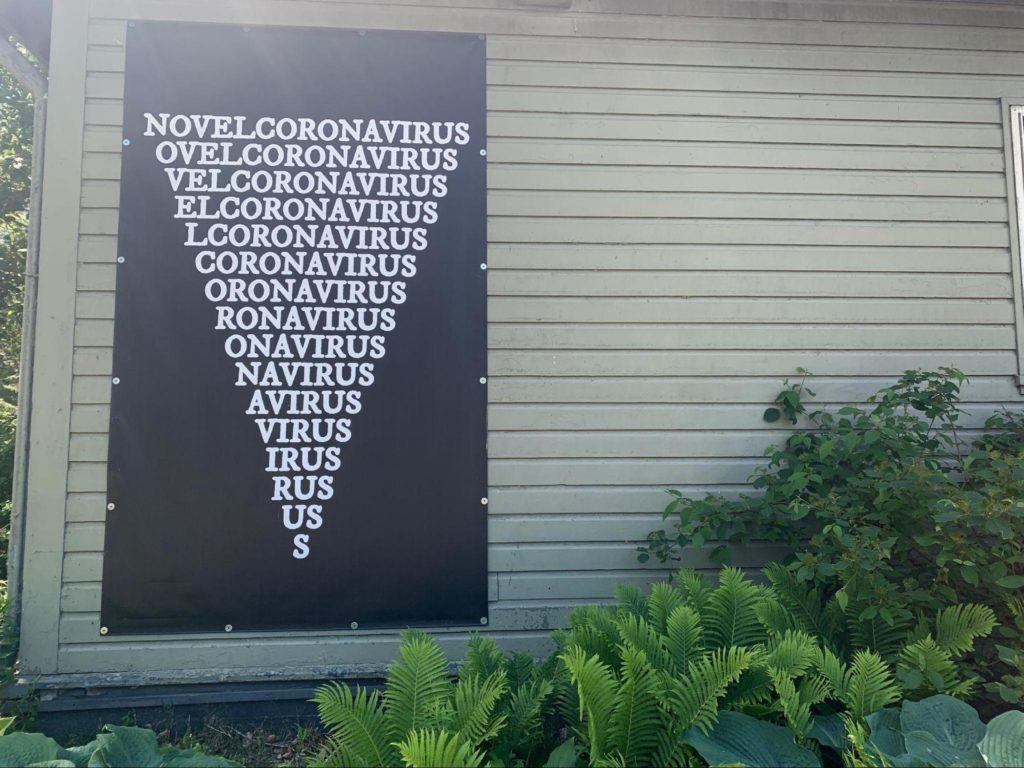 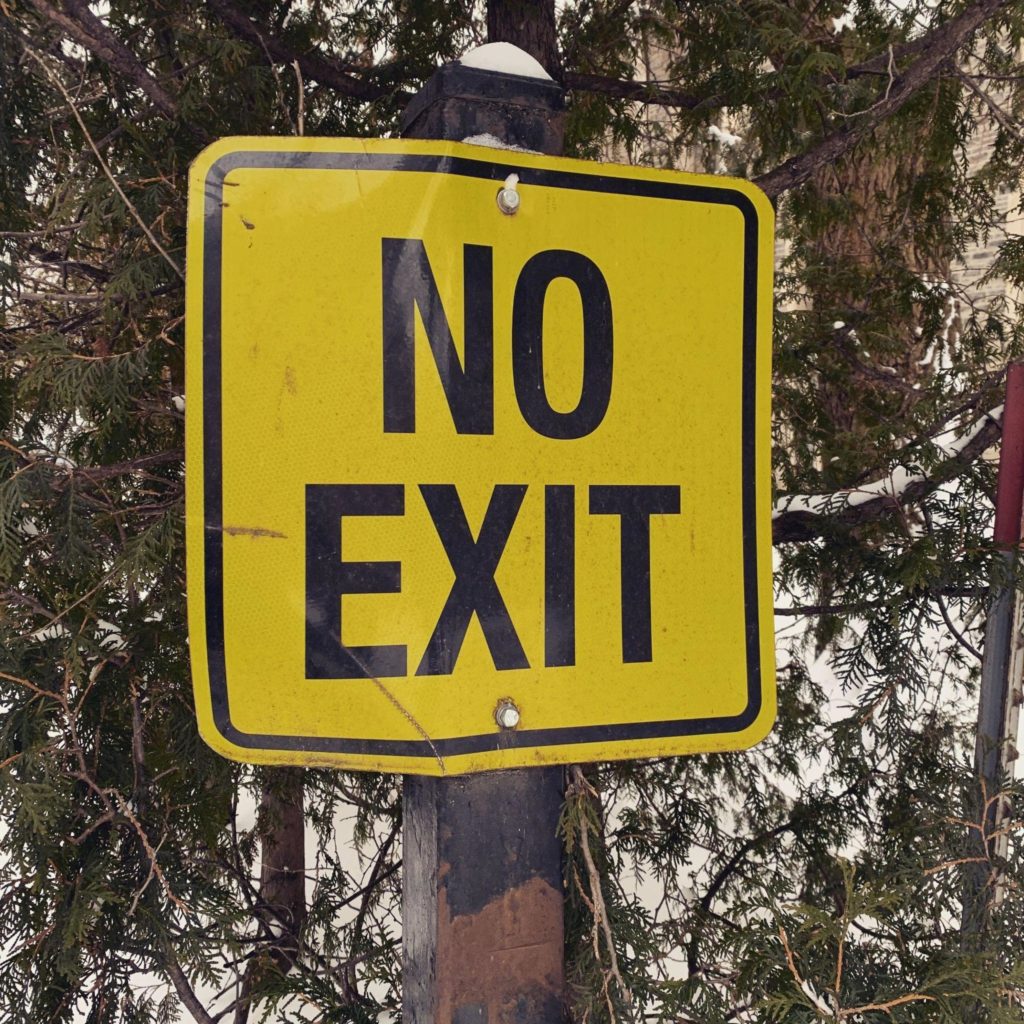 “As we know, tragedy failed in the end to save Athens. But we cannot doubt that, during the great century of its efflorescence, Athenian drama provided many thousands of citizens with opportunities to reflect deeply on their lives and on the city with which those lives were so inextricably bound.”  – Daniel Mendelsohn

Around the globe, the pandemic has brutally exposed the moral failures of the neoliberal state. This is all the more the case in settler colonial states, where the interests of the (White) élite have been at the core of their (populist) leaders’ responses. In Canada, the epicenter of the coronavirus epidemic is the Greater Toronto Area (GTA). The GTA is all at once the most populous, densely inhabited, and diverse part of the country. While the first and second waves mostly took the lives of the elderly (especially those living in long-term care homes), the third wave, which took place during the spring of 2021 and was driven by the British variant of the virus, was a different thing altogether. Older populations had by that time had at least one shot of the vaccine, so they made for a strikingly lower proportion of the infection, hospitalization, and death. Instead, the virus wreaked havoc among younger, low-income, racialized, essential workers and their families. Medical doctors and epidemiologists publicly rang the alarm and advocated for a Zero-COVID strategy for months, exposing themselves to trolls and, in the case of non-White experts, to open racism. And yet, little changed. If the government was not listening to the health experts, who were they listening to?

This third wave was the biggest Ontario and the GTA had faced so far; one during which the province’s healthcare system ranked as one of the best in the world, almost collapsed. To a very large extent, the magnitude of this wave was triggered by the province’s Conservative government of Doug Ford. The government’s resistance to public health experts’ projections, warnings and advice, is directly related to the other factors that contributed to this blatant failure of public governance: its refusal to implement sick days (and later on the adoption of a grossly inadequate sick days plan); to acknowledge the risk of transmission in schools; to invest the funds necessary to make them safer; or to enact stringent rules regarding workplace outbreaks. Another factor was its avoidance, until it was too late and for chiefly political purposes, to adapt its vaccination strategy to the new profile of the epidemics by prioritizing the GTA’s ‘hotspots’. As the maps and graphs pertaining to Toronto shown below indicate, what the government called ‘hotspots’ were in fact the neighborhoods with the most racialized, working-class and low-income families, where many essential workers reside. 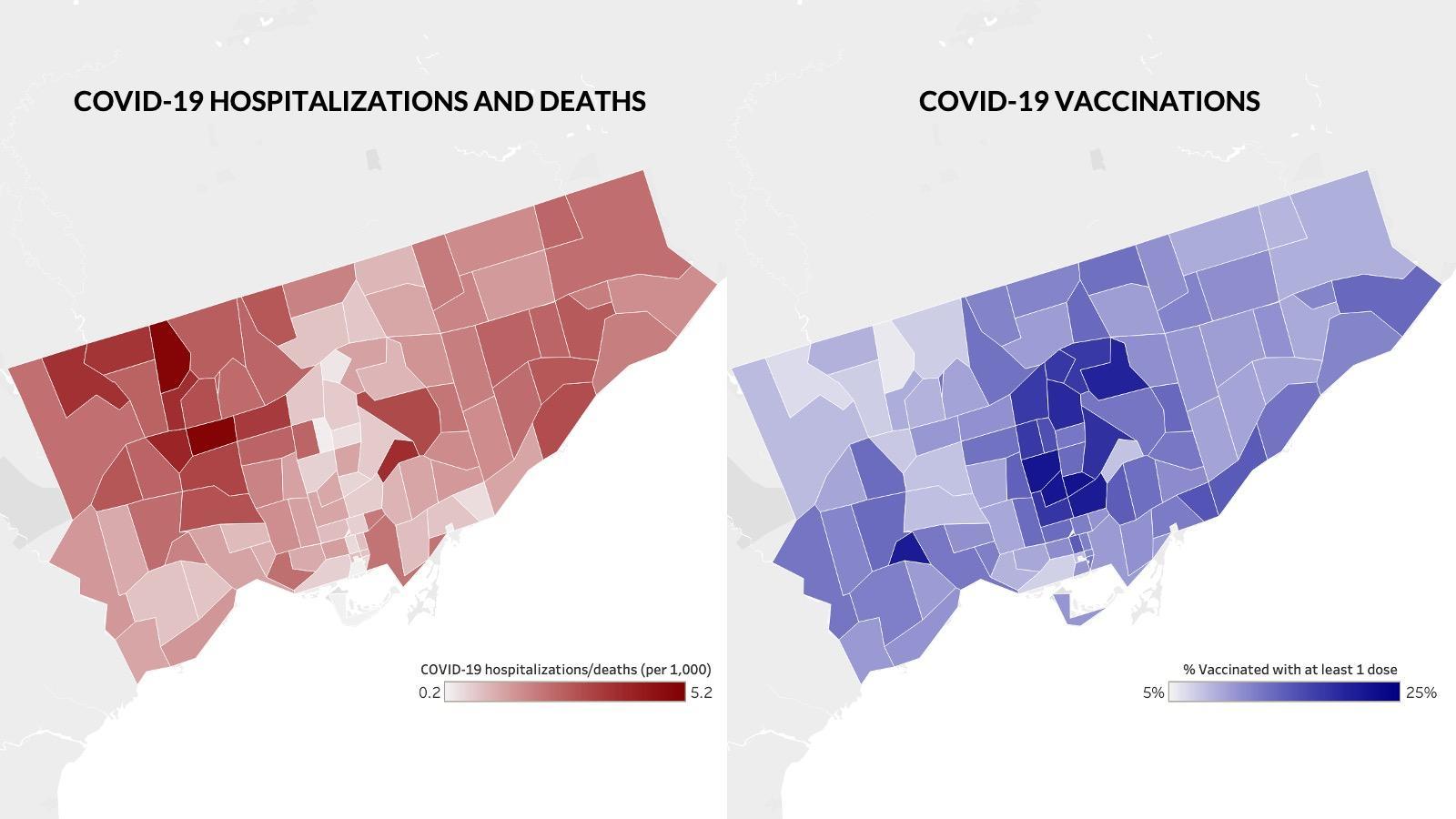 Parallel graphs of the vaccination process and mortal impact in Toronto. (The Local) April 6, 2021 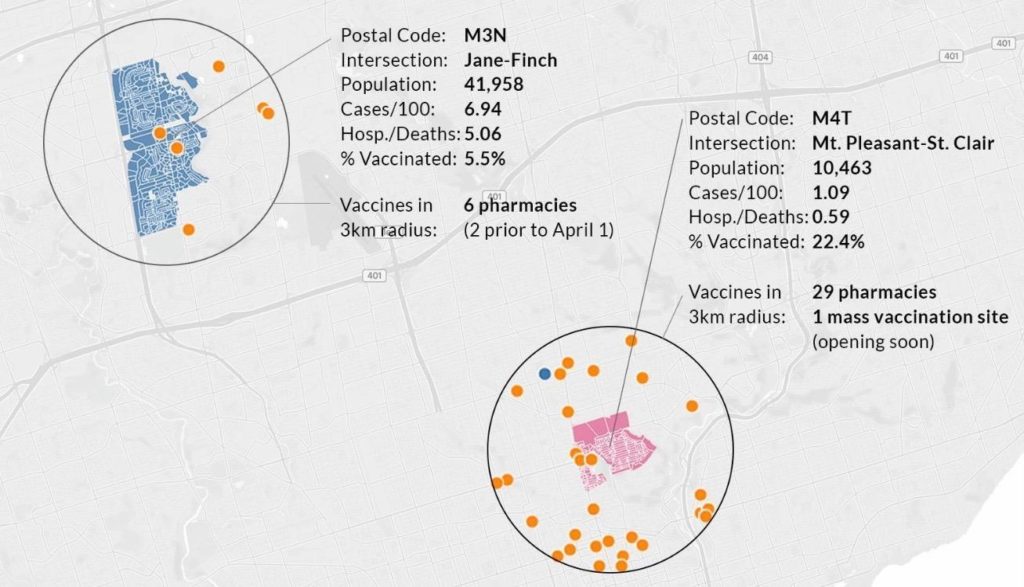 Graph depicting the availability of vaccines in postal codes at Jane-Finch versus Mt. Pleasant-St. Clair (Moore Park). (The Local) April 6, 2021. 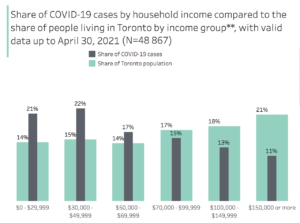 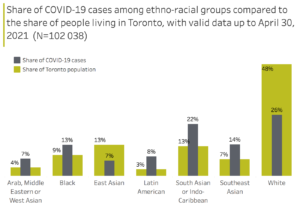 Graph of Covid-19 cases among ethno-ratial groups living in Toronto. (City of Toronto) May 31, 2021

As Toronto is now on the other side of this traumatic wave, and as the fast-spreading Delta variant has now triggered a substantial fourth one, it has become clear that the Ontario’s government’s response to the pandemic is one that centered corporate lobbyists’, and therefore its own political interests, over the lives of its most vulnerable constituents, be they the elderly, essential workers, Indigenous or homeless people.

In this cluster, we focus on the potency of the public performances of tragic storytelling by two Toronto-based medical doctors who, each in their own way, mobilized their Whiteness to shift public opinion and to force policy changes.

“Pity and Fear” takes a close look at Dr. Michael Warner’s sharing of the story of a dying COVID patient (and their family). In a televised interview, Dr. Warner explicitly foregrounded who was most affected by the pandemic (racialized, working-class, Canadians) and how such an outcome was preventable. This garnered collective pity but also fear of what was to come. “Anger” takes us to a couple of weeks later, when the unavoidable and tragic outcome of the Ontario government’s incompetence and wilful neglect of public health advice caused anger to spill over throughout the GTA’s (White) privileged social fabric. As triage was about to become a reality, Dr. Kali Barrett spoke viscerally of how the pandemic had “unmasked the inequities in our society”.

Dr. Warner’s and Dr. Barrett’s interviews went viral, in part because they both made it impossible for Ontario’s White settler audiences not to see how the structural and neoliberal violence they benefit from was impacting (and literally killing) the families of the essential workers they owed their comfort to. While Dr. Warner and Dr. Barrett were certainly not the only health experts speaking in the media (for there were many others, warning of these tragic consequences), the stories they told, and how they told them, mobilized Whiteness in a way that could be understood and felt by (White) Ontarians; a way, until then, unmatched by charts, data, and public health-minded advocacy. They disrupted the act of self-serving naivety performed by the Ontario government, ultimately bringing about a positive shift in response.