Sarah Green is an anthropologist working at the University of Helsinki and has been studying the construction and... ->

Fear of germs, Cecil Helman said, is a modern version of a very old fear: in many people’s minds germs “seem to possess the body like an evil spirit or dybbuk, and cause misfortune or death” (Helman 1991: 32). The existence of germs reminds people that bodies are porous, and that the world is full of all kinds of other living things that can slip through bodily boundaries without being seen, felt or heard. Forcing SARS-CoV-2 into visibility, both through artists’ impressions and through enormously magnified microscope images of these little spiky critters, was done by both scientists and the media as a first step in trying to do something about them: squash them like bugs; shoot them; poison them; anything. By making them visible, it seemed possible to claim some kind of human control over them.

None of that stops the germs from being invisible to people in daily life of course, and none of it stops them from continuing to slip through the porous bodies of living things. And so, people are faced with two choices: either they try to set up completely sealed borders between themselves and the germs, or they find ways to cohabit with them. The fate of farmed mink during the Covid-19 pandemic has been demonstrating the tension between these two options. For that reason, mink have become my way of visualizing the pandemic (which is a human-centered vision of the significance of the virus): pictures of this small furry animal caught unawares at the interface between humans and the invisible SARS-CoV-2 virus has, for me, become a key visualization of the pandemic. 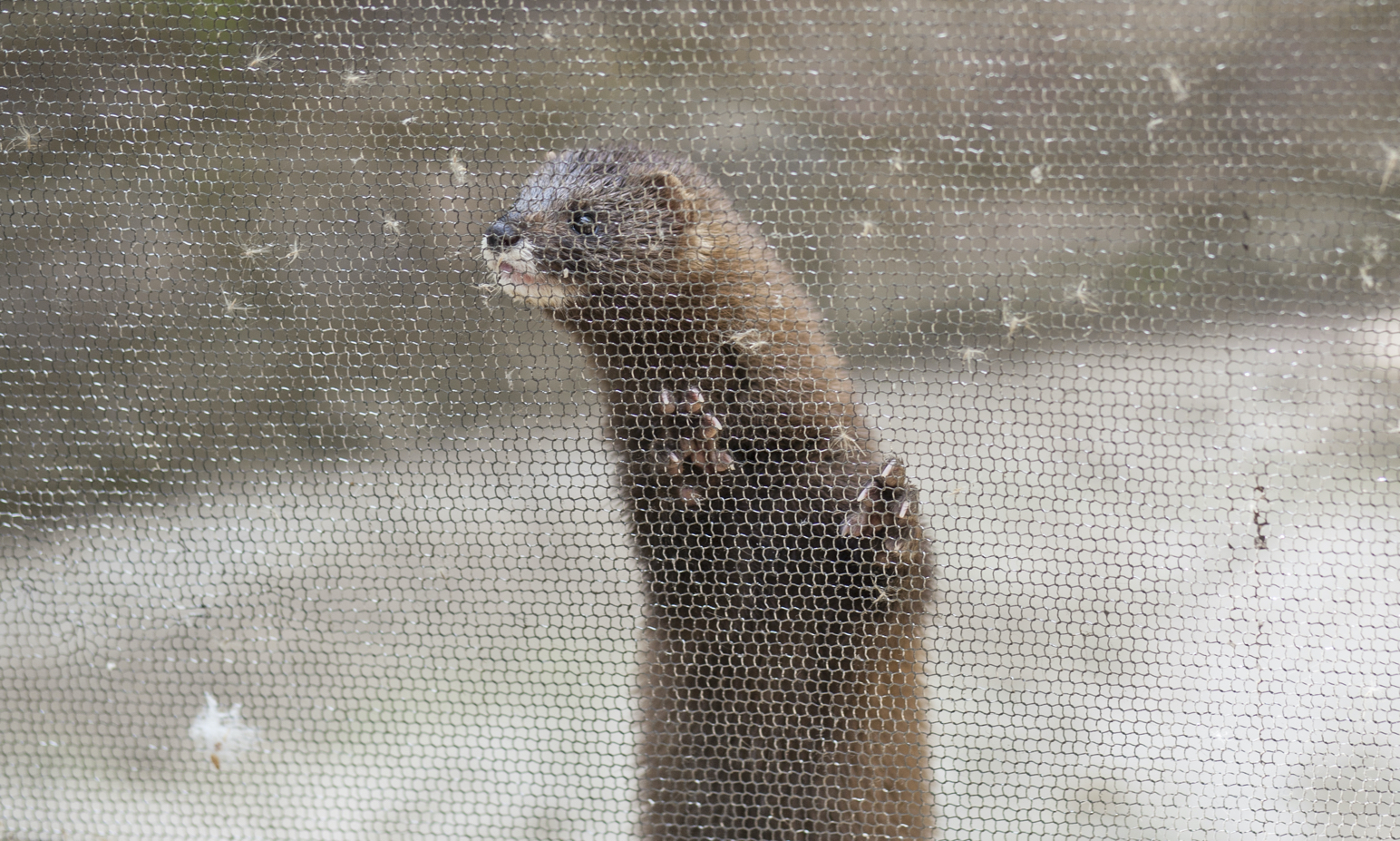 On June 6, 2020, the Netherlands ordered 10,000 farmed mink to be killed because of an outbreak of Covid-19 amongst the animals that had first been detected in April 2020. In August 2020, mink farms in Utah began reporting Covid-19 amongst their animals, and more cases were subsequently reported in farms in Wisconsin, Michigan and Oregon. Then farms in Sweden, Lithuania, Greece, Italy, France, Spain, and Canada reported cases of the virus amongst their mink. Yet it was the events in Denmark that really caught international attention: on 4 November 2020, the Danish government ordered that the country’s entire population of farmed mink, some 15 million animals, would have to be killed because Covid-19, which was introduced by humans to the mink, was spreading rapidly through the farms. Analysts determined that the mink might act as virus reservoirs, returning mutated versions back into human populations. As there was no way to control the spread of the virus through the mink farms, the animals had to be destroyed.

By November 25, all the mink in 289 farms in the Jutland area of Denmark had been killed, and their carcasses were dumped in enormous pits located on military training grounds. But many of the animals that had been hastily buried in shallow graves at the beginning of the month began to surface again due to the formation of gases in their bodies (another form of co-mingling), which caused them to expand and be pushed upwards. Efforts were made to cover them over again with more soil, but it kept on happening. About a month later, on 21 December, the Danish government decided to exhume and then incinerate around four million of the bodies to prevent the potential contamination of the soil.

Meanwhile, in Utah, the first confirmed case of Covid-19 was detected in a wild mink on December 11, 2020. Despite the efforts to destroy all infected farmed mink, the co-mingling continued, and the little invisible critters carried on crossing bodily and spatial boundaries.

The majority of news outlets reporting on the mink deaths avoided the most gruesome images, preferring to illustrate their reports with pictures of mink farms, or live mink in cages, looking cute and curious. A few showed rows and rows of dead animals on racks, ready to be transported away; only a handful showed large dumpster trucks offloading thousands of the dead animals into huge pits in Denmark. All of these images depicted the tension between containment and cohabitation: farmed mink have to be contained (though a few always escape): that is the logic of property, territory and commerce. It is an enforced cheek-by-jowl cohabitation, not only with other mink but also with humans. It was this combination that caused the SARS-CoV-2 to spread through these captured mink populations like wildfire, once that tiny invisible virus was introduced to them by their cohabiting humans. The problem here was not the virus, the mink nor even the humans: it was the way their boundaries were organized.