Vaccine Refusal and the Legacies of Corporate Science in the Philippines

COVID-19, the Drug War, and the Silencing of Life in the Philippines 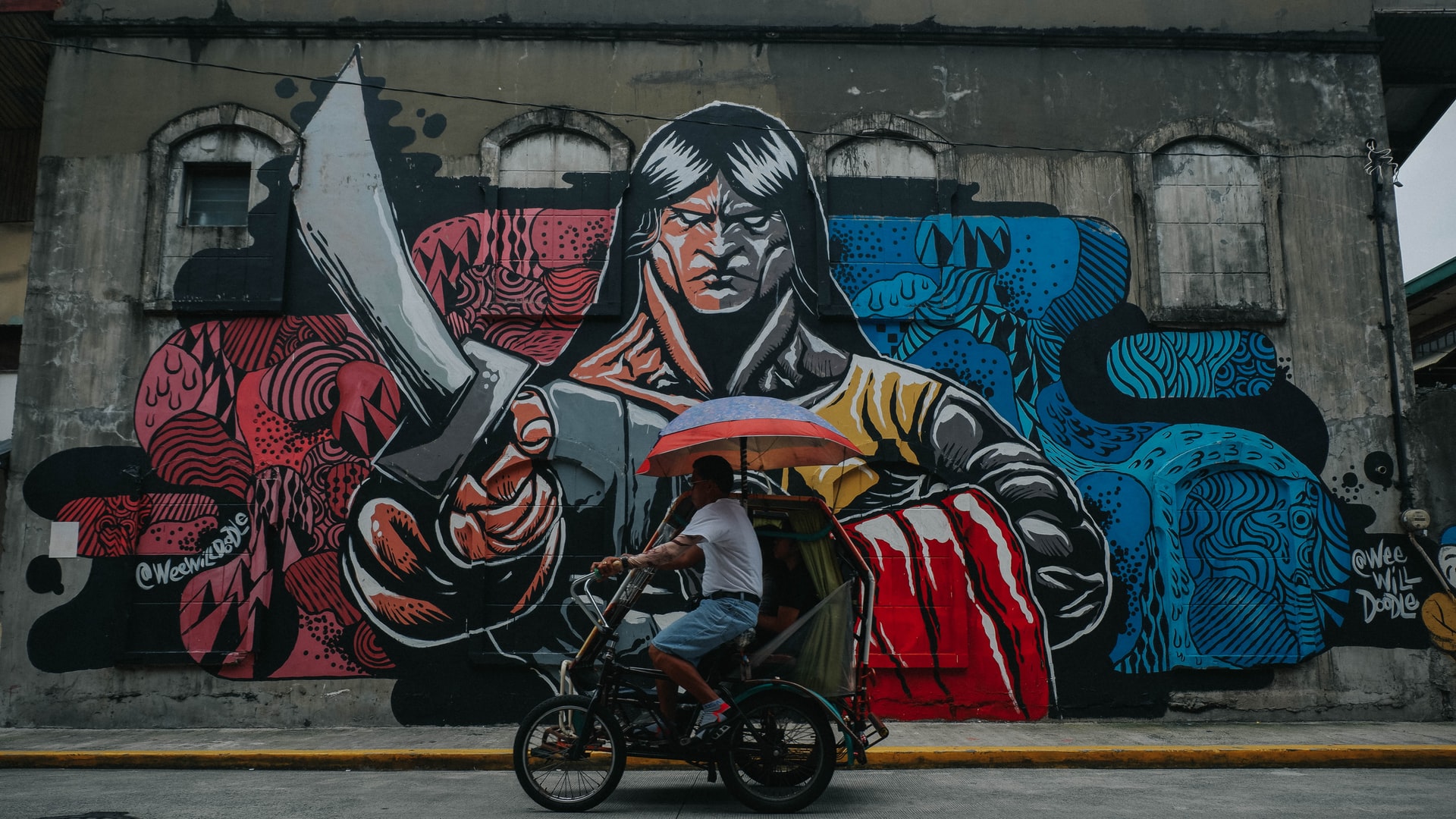 Residents of the metro Manila region are accustomed to a daily barrage of noise. Many of the city’s streets are choked with traffic and the endless roar of buses, trucks, motorcycles, and jeepneys, the repurposed World War II U.S. military jeeps that are now a common form of public transportation. The ubiquitous roar inundates the auditory space, often masking the more subtle sonic layers of urban life. During the onset of the COVID-19 pandemic, however, the noise suddenly ceased. After surging infection rates in late March 2020 led the federal government to place Manila under quarantine, the city became eerily quiet, and residents were left to make sense of an uneasy silence that many had never experienced. As Therese Joson, a Manila resident, wrote:

[On the first night of quarantine] I woke shortly after midnight to the sound of sirens blaring in the distance. I couldn’t distinguish if it belonged to an ambulance or a police vehicle, but either was equally unnerving as it signaled a life that needed saving or one unable to be saved. In silence, I prayed that all sirens I heard and continue to hear were for lives saved. On the morning of March 16th, the world around me fell silent: no more sound of cars, of dogs barking, of the family in the neighboring house sharing meals or watching TV. Overnight, the sound of normalcy disappeared and was replaced by the eerie silence of uncertainty and fear. It was deafening. (Source)

In a normally loud city, social distancing and quarantine deprived Manila’s residents of physical contact and the “sounds of togetherness” characteristic of urban life. As Joson’s account suggests, the silence Manila residents experienced was the amplification of a new pandemic soundscape. The piercing sounds of sirens in empty streets became a defining soundmark, an audible icon of the death and suffering surrounding them. Besides this, however, there was another terrifying sound residents of Manila’s low-income neighborhoods continued to hear during the pandemic, namely the sound of gunfire associated with the drug war.

Upon taking office in May 2016, Philippine President Rodrigo Duterte instigated the war on drugs as a way of extending his authoritarian rule. Known for his blunt, accusatory statements and straightforward demeanor, Duterte’s public persona has drawn comparisons to that of former U.S. president Donald J. Trump. Since then, Duterte’s war on drugs and drug traffickers has been a major issue across the Philippines. Duterte’s supporters claim that it has made the Philippines safer by rooting out criminal behavior while others attest that the drug war is a misnomer, instead calling it a war against the poor since the urban poor have been the primary targets of extrajudicial killings carried out by police and other agents. As a Manila resident told me, “The war on drugs is a big hoax. There are no big drug lords getting caught. Duterte is trying to take advantage of people’s fear to establish order. It’s a big joke if you think the war on drugs is making the Philippines safer.” 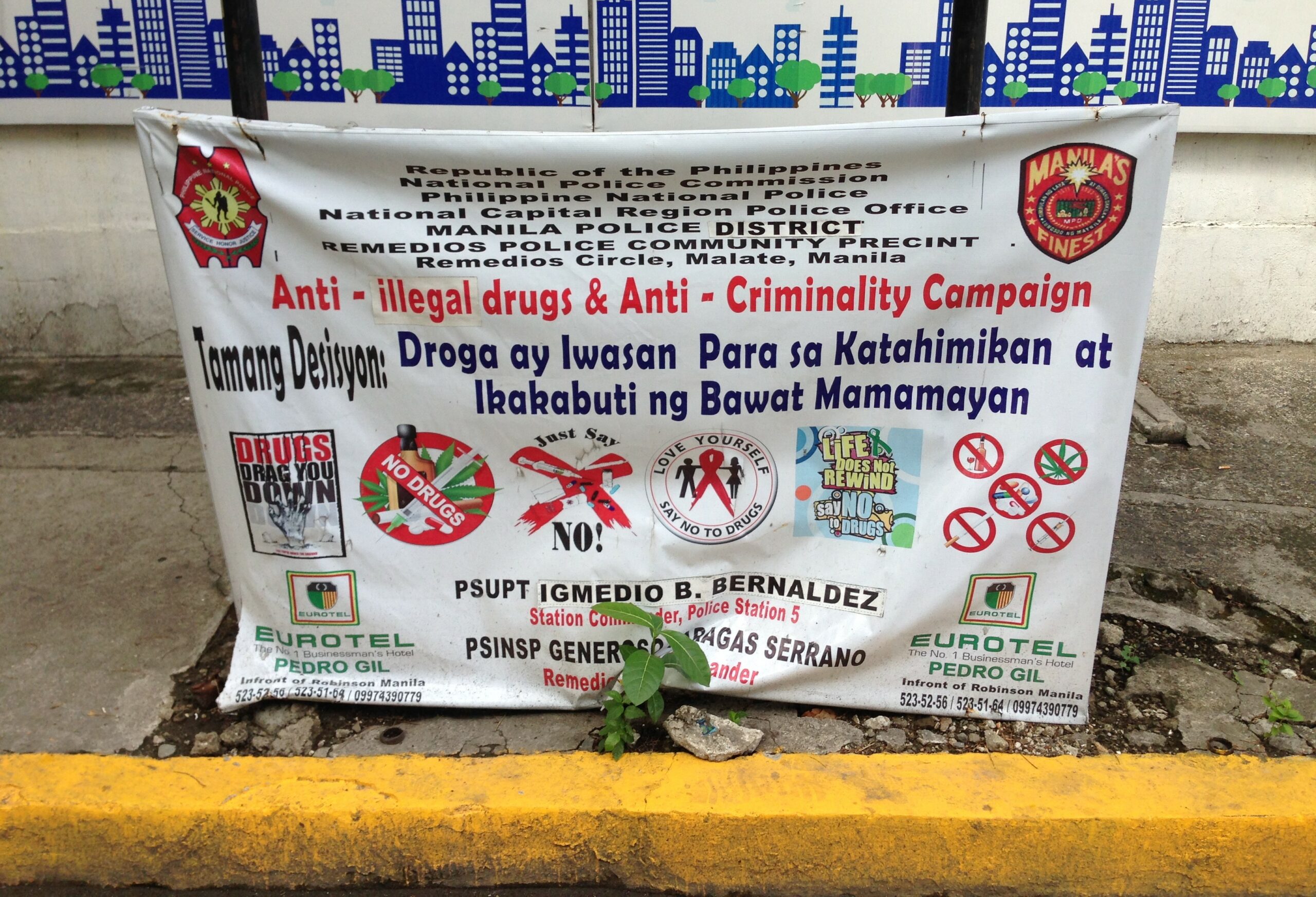 An anti-drug campaign sign in Manila (photo by author).

There is also evidence that the killings have intensified during the COVID-19 pandemic due to unnecessary arrests made under lockdown. In 2020, leftist activists, community and Indigenous leaders, human rights defenders, and journalists were increasingly attacked by the police, military, and unidentified gunmen across the country. Public figures who openly criticized Duterte and the drug war also have been punished and silenced. For instance, it is suspected that a court convicted Maria Ressa, head of the Philippine news website Rappler and 2021 Nobel Prize laureate, in June 2020, on politically motivated charges of cyber libel due to Rappler’s coverage of the drug war. The forced closure of ABS-CBN, the Philippines’ largest television network, in 2020 was also suspected to be due to their coverage of the drug war.

The Philippine National Police (PNP) put the total number of people killed in the war on drugs at around 7,000 since 1 July 2016. The international criminal court investigating abuses related to the anti-drug operations estimates that 12,000 to 30,000 people were killed from July 2016 to March 2019. To address the discrepancy and disinformation about the war on drugs, a Manila-based artist-researcher collective named Sandata formed in 2017 with the intent of translating investigative pieces written about the drug war into a hip-hop concept album. Sandata’s projects include policy work, community outreach, organizing domestic and international events, and fundraising to support families affected by the drug war. As Abbey Pangilinan, a Sandata researcher, explained:

The idea is to provide the information to the communities affected. We want to give them back the information that they’re giving us because they’re not the type of people who would be reading newspapers, especially in English. The researchers provide [musicians] with the data, then the rappers write songs, and I try to like tweak or edit when I see lyrics that can be pushed further. (Source: Personal communication with the author, 16 February 2019.)

The drug war has affected low-income families, many of whom have become poorer due to the loss of a father or brother. Children have had to be taken out of school and further stress is placed on the remaining parent (or family members) who, in many cases, must take on additional jobs to support the family and avoid eviction. Since the beginning of the COVID-19 pandemic, the Duterte administration has used methods employed in the drug war, such as mass arrests and threats of state violence to enforce pandemic lockdowns. To share stories about the drug war killings, Sandata partnered with hip-hop, punk, indie, and heavy metal musicians to organize benefit concerts for families affected by the killings.

Two Manila rappers, BLKD, whose stylized name derives from the Tagalog word balakid (obstacle, barrier), and Calix, are active contributors to Sandata. Both are popular in the local hip-hop scene and have made a name for themselves through Manila’s Fliptop Battle League, a showcase for some of the Philippines’ best hip-hop talent. BLKD and Calix have performed at several benefit concerts and have worked together to release the 2019 concept album, Kolateral (Collateral) and an EP, Kolateral: Buelo (Collateral: Buzz) in 2018, both of which explore the machinery and bureaucracy behind Duterte’s war on drugs. Themes for the album draw from government memoranda, executive orders, and “mission orders,” to expose how government organizations have carried out Duterte’s decrees. As BLKD explains, “The main idea of the album is the weight of collateral damage of the war on drugs that is not realized by common people. We know the killings; we know how many have been killed. But how about the family left behind by the victims? What are the effects (of the war on drugs) that go beyond [the victim’s] death?”

Kolateral represents the collaborative effort of Sandata collective which includes researchers, who gathered stories and data, and artists such as BLKD and Calix, who crafted the music and lyrics. Each of the twelve tracks on the album incorporates Sandata research to amplify the voices of the drug war’s victims and their families. In such cases, there was no need to use metaphor or symbolism to tell their stories. As Calix explains, “We did not want the album to be filled with symbolism. . . we have research data, we have the accounts [of the killings] from families of the victims [to tell the story].”

The album’s compelling first track Makinarya (Machinery) begins with a recording of Duterte urging police to kill any suspected drug dealers (“Shoot them dead,” he says dryly). The song’s main beat is inspired by the sound of police knocking on doors as they searched neighborhoods for suspected drug users. The knocking became even more pronounced during the pandemic because of imposed curfews in Manila. Makinarya’s lyrics explore the weaponization of Duterte’s words, transforming them literally into deadly bullets aimed at the urban poor. Although Duterte may not be the one pulling the trigger, according to the song, he is responsible for the deaths of thousands. The song also explores the perspective of government employees who translate the Duterte regime’s ideas about the drug war into actual state policy. BLKD and Calix describe how these orders travel through the government bureaucracy, culminating in the orders given to police, local officials, and barangay (neighborhood) leaders to eliminate suspected drug users and sellers. Other songs on the album chronicle the story of a Filipino domestic worker in the Kuwait whose son is killed after being tagged as a drug dealer (Papag, or Pallet), and a young boy reading a poem about his father’s murder by police (Distansya, or Distance).

You can find transaltions of 2 songs in Kolateral here. 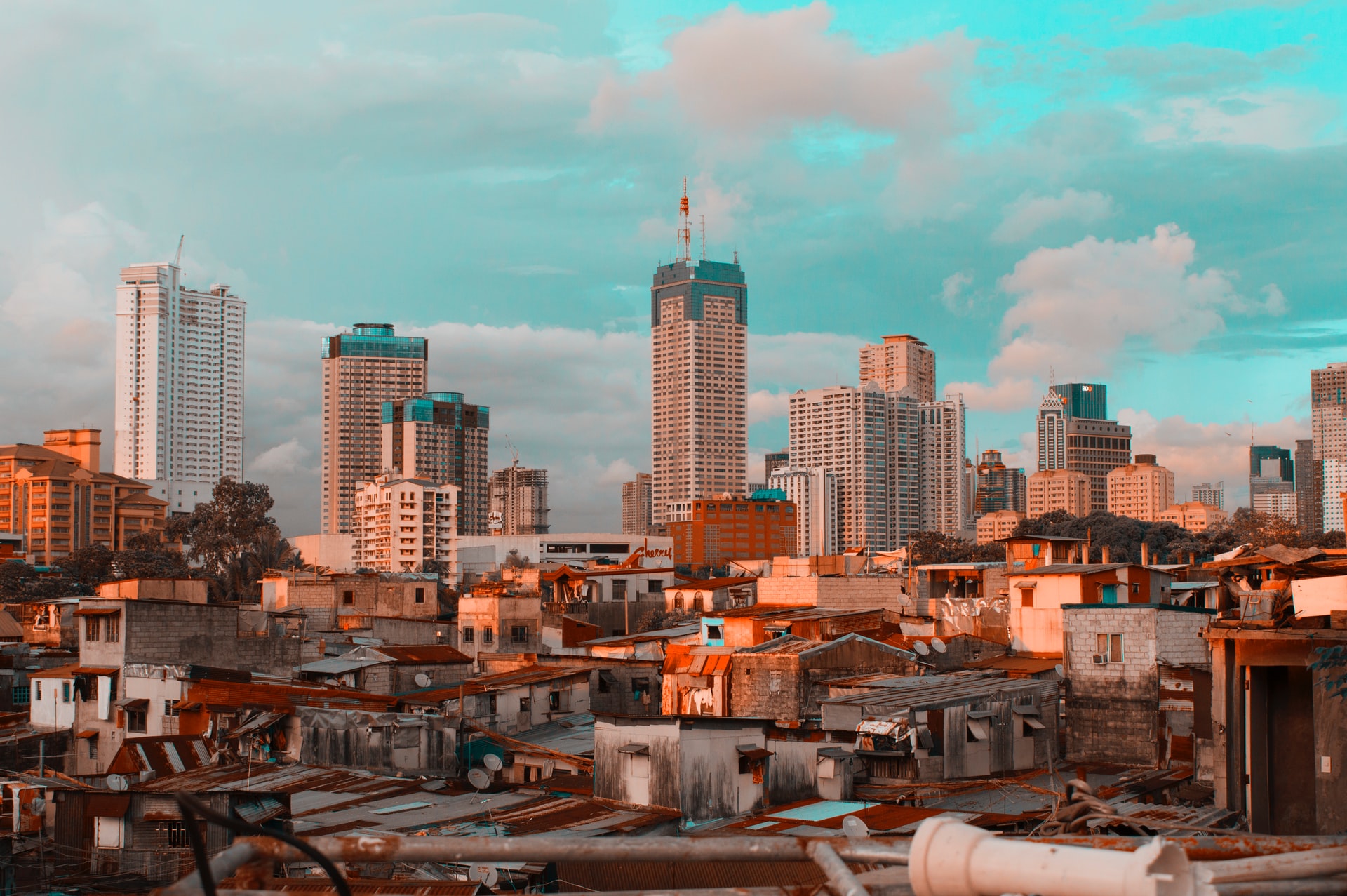 For Order, what is Death?

With COVID-19 restrictions lifted in the Philippines (at least for now), the joyous sounds of families gathering, the laughter of children playing – even the roar of jeepneys – have restored a sense of auditory normalcy to metro Manila. With Duterte set to leave office in June 2022, there is hope that the sounds associated with the drug war will soon cease as well. Although Duterte’s drug war is now being investigated by the international criminal court, he remains a popular and influential figure across the country. Furthermore, his successor, Ferdinand Marcos, Jr., the son of the former dictator, appears ready to shield him from justice, and his daughter, Sara Duterte, has been elected as the next vice-president. In this context, questions remain about the long-lasting effects of the drug war. Many of the people I spoke with personally knew someone who had been killed in the war. They described how the fear of police raids had gripped their barangay and had caused people to stop socializing openly in streets and other public spaces. Many neighborhoods have remained quiet despite lifting of pandemic curfews and restrictions as people choose to socialize inside their homes or in backyards. The drug war killings combined with the constriction of movement and free space literally and metaphorically represents a silencing of life in the Philippines. As Filipinos continue to negotiate both the pandemic and drug war, wider issues arise about how or whether they will relinquish their freedoms. As BLKD observes in Makinarya: “Para sa kaayusan, para sa kaunlaran, para sa kapayapaan, ano ba naman ang kamatayan?” (For order, for development, for peace, what is death?)