Sohini Chattopadhyay is a PhD Candidate in the History Department at Columbia University. Her research is on mass... ->

Isha Tendolkar is a program associate for the International Dissertation Research Fellowship (IDRF) and Fostering... ->

Mass Death and Mortuary Practices in India during COVID-19 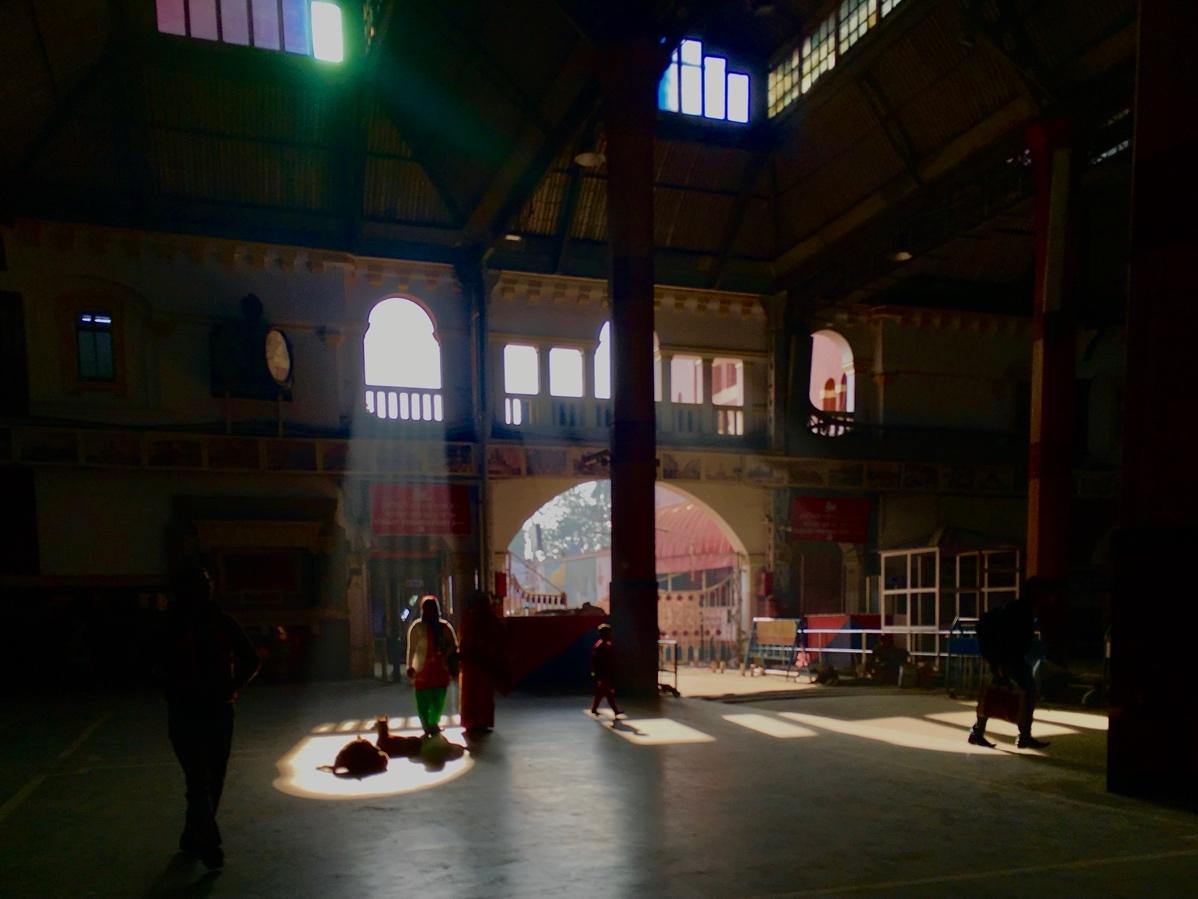 This interview was conducted online between Isha Tendolkar, a program associate for the International Dissertation Research Fellowship (IDRF) and Fostering Liberal Arts Knowledge and Connections (FLAKC) programs, and Sohini Chattopadhyay, a PhD candidate in the History Department of Columbia University.

The conversation focuses on four things. It begins with a question on remote research in the course of the pandemic. Sohini highlights the solitary nature of work in the absence of the physical presence of a research community, and how it brought to the forefront the importance of conducting oral history interviews. Second, the conversation focuses on how the changing media perceptions of mass death have informed research on mass death in colonial India, and what lessons they hold for the present. The current encounters with mass death have exposed the urban caste and class privileged citizens of India to a medical crisis and fear of death that were formerly considered experiences of the “poor”. This has in turn generated new vocabularies for death and grief among social elites. Third, the issue of respect for the dead has become a matter of contention in popular media in India, and the conversation forays into the question of who defines dignity in death, and what that looks like. This is simultaneously a philosophical question and a historical one. Elaborating on the latter with an example from colonial Calcutta, the conversation explains how colonial social elites also had the power to define what dignity would look like, centered around caste power. Finally, the conversation focuses on the lessons from the present crisis, and how research on mass death can progress henceforth. In this, Sohini notes that indeed current issues such as unreliable mortality statistics, or the financial logic to death management have deep roots in India’s colonial past, and we must acknowledge that. But she also clarifies that this is a project about history; therefore, clearly understanding the logic of periodization that separates the colonial from the postcolonial nation-state is important. If many of the problems of the present – lack of mortality data, lack of respect for the dead – can only be explained through causality in India’s experience of colonialism, it removes present governments from being held accountable. 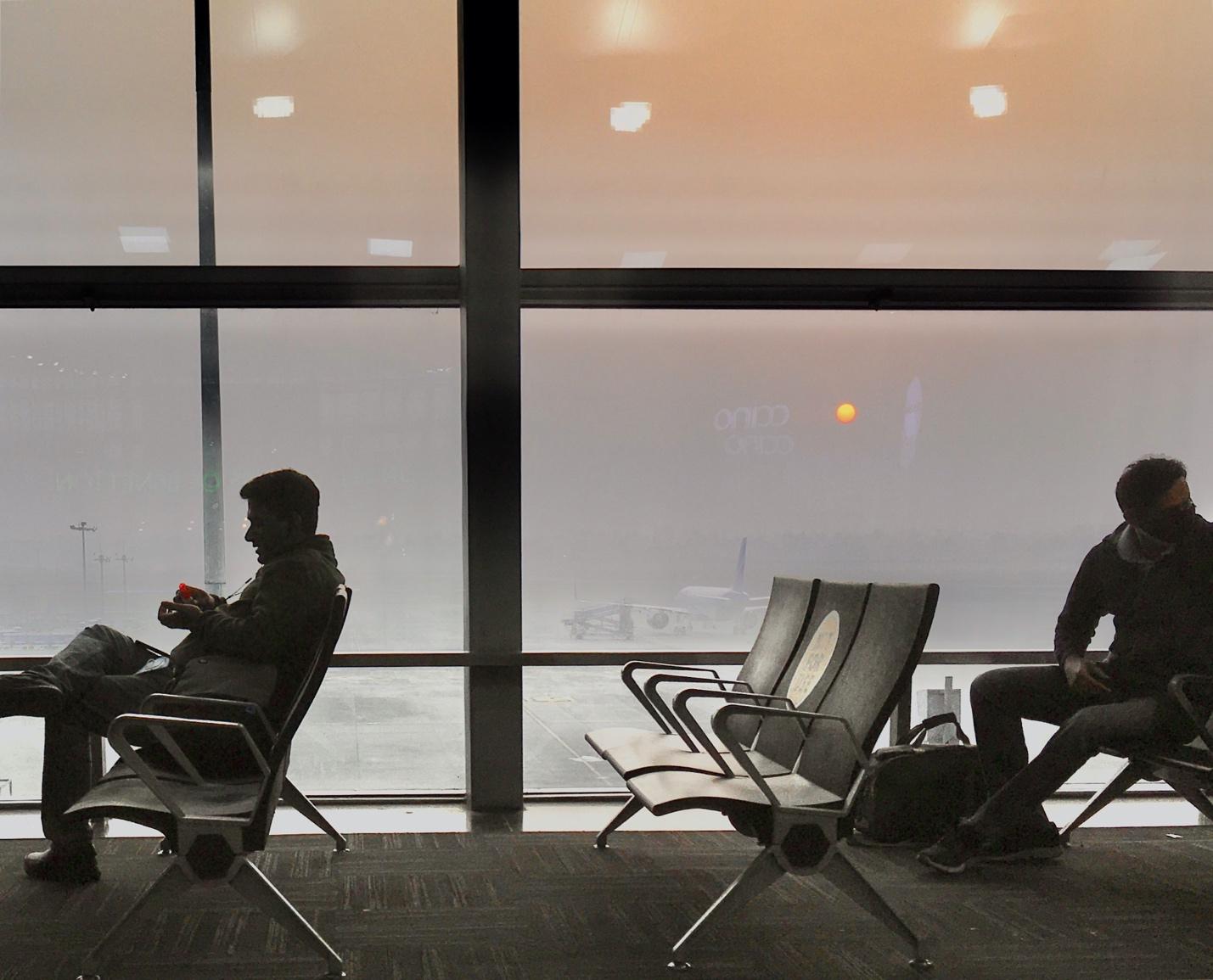 What is your current research?

I’ll begin with a question for us. What happens to those who die with friends and families cut off from them? Why were their deaths so isolating? These questions animate my dissertation research on mass death practices in colonial India, with an empirical focus on the cities of Bombay and Calcutta (modern day Mumbai and Kolkata, respectively). By mass death practices, I mean the inexpensive and novel modes of burials and cremations that the colonial state took charge of in the absence of families, or delegated to mortuary charities who took up the financial burden from the state. At a larger level, I also mean the massification of death, by aggregating various forms of social suffering into governable categories, through statistics, sociology of poverty, or issues of public health. This should not be surprising. Famines between the 1870s and 1910s killed 10 million impoverished people in India, another 10–12 million died due to the bubonic plague epidemic between 1896 and 1920, a similar number died in the influenza pandemic of 1918, while the wartime famine in Bengal in 1943 killed about 2–3 million. These are approximate numbers and do not include those who regularly died in factories, dockyards, mines, homeless, and became enumerated as the everyday casualties of the modern world.

The material reality of mass death became new sites of innovation for death practices, especially in cities where real estate demand, migration, and public health concerns became central to the question of managing death. As a result, bodies identified as unclaimed, as problems of public health, or as paupers, were also cadavers of modern experiments of death, such as legal debates around who possessed the dead, the uses of crematoria apparatuses, dissection, and inexpensive burials. I trace the history of this specific infrastructure of death through moments of crises such as famines, epidemics, and political strife, paying close attention to their enduring impact on our present. 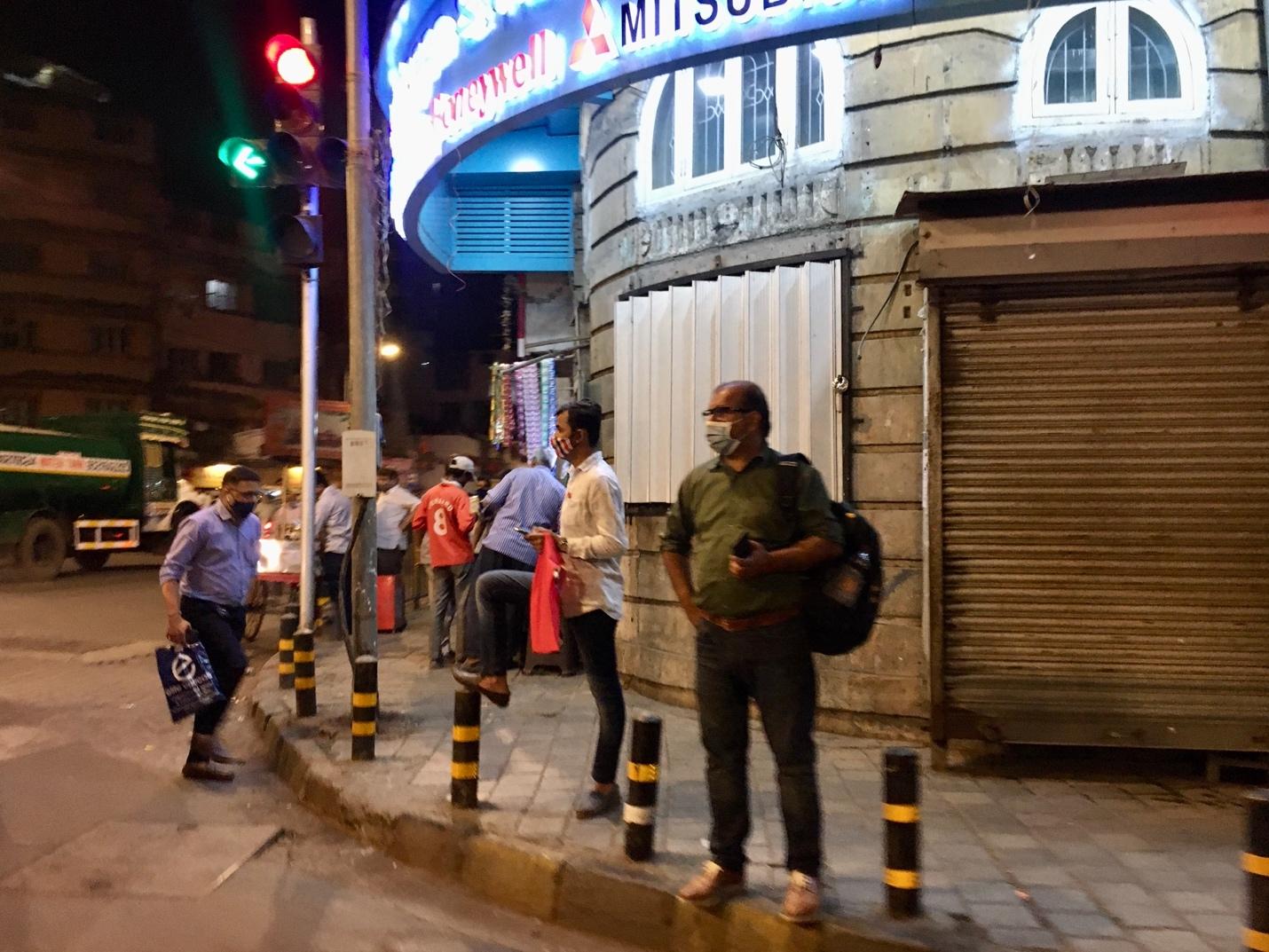 Sohini Chattopadhyay, 2021, image from my way back from the Maharashtra State Archives to my apartment in Marine Lines.

As someone who researches mass death management and is directly experiencing the impacts of Covid-19 in India, have the ongoing events of this pandemic prompted new reflections on your work? Is there any way you feel your research can inform our thinking about the Covid-19 pandemic?

I don’t think many of us are trained to experience the fear of death in our peers. This is a new moment for those of us who are privileged enough to have mistakenly believed that we will comfortably live beyond the average life expectancy rate. The urban privileged, which includes me, suddenly confronted the lack of wood for pyres, the high cost of hearses, dysfunctional crematoria apparatuses, unavailability of burial space, and an acute carelessness from the state toward the respectability of the dead that we did not expect. The privileged class and caste of India build their identity around taking respectability for granted, so this was a sudden moment of cognitive dissonance. But this is also generating new vocabularies of death and grief, much like how the bubonic plague epidemic in the early twentieth century led to new works of fiction, art, photography, and new norms of reportage around death and disease. The crisis also revealed old fault lines. Mortuary workers were often the last to get protective gear, a product of generational caste and class stigmatization.

Before the pandemic, it was difficult for me to explain to people why I wanted to study the death rites on unclaimed bodies, and how they are integral to understanding how death practices work in cities. Death and its abjection were not topics of lively dinner table conversations. My ideas were not articulate either. In the course of the pandemic, death became a part of mass media. I noticed how the public became more cognizant of the various forms of death practices, and alert to their inequities when it became personal. Since then, it has been easier for me to explain that such modes of inequities are built into the state and social systems of death practices in India, that have both millennial and colonial precedents. And we need to start understanding the history of death practices at their most marginal to even think of social inequities around death and grief. This does not mean that we bring equality by expecting everyone to reduce their access to a good death to the lowest common denominator. It means that we begin to rethink a system that keeps in mind equitable access to dignity.

However, this also opens up a philosophical and ethical conundrum. Who defines dignity in death, and what does that look like? I’ll illustrate with an example from my research. In the 1930s, some upper caste members of the municipality in colonial Calcutta (many of them renowned politicians in their time) decided that those who died an unclaimed death and were cremated in a gas crematorium on the outskirts of the city deserved dignity in death. To them, the gas cremation was undignified, and it was undignified that “untouchable” workers would oversee the whole process of the death ritual, because they operated the crematoria apparatuses. These politicians then mandated that unclaimed bodies would instead receive funerals on the traditional wooden pyres (usually available to those from privileged castes), and these bodies would receive the services of a Brahmin. In this example, we see that “dignity” for the dead also meant the upholding of upper caste norms, and a re-stigmatization of Dalit death labor. As a historian, I cannot resolve these ethical conundrums—philosophers are better positioned to do so. But I hope my research can explicate the tensions around such complexities in the course of Indian history.

This interview was republished with permission from Items, a digital publication of the Social Science Research Council (SSRC). It originally appeared as Isha Tendolkar, “Isolated Research, Mortuary Practices, and the Covid-19 Pandemic: A Conversation with Sohini Chattopadhyay,” Items, July 27, 2021.